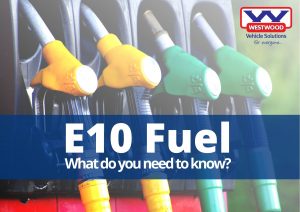 Do I Need To Worry About E10 Fuel?

E10 Fuel has been in the news a lot recently, especially with there having been indications that this type of fuel is under review as becoming the new standard type of fuel available at petrol stations up and down the country. There’s been a mention that some vehicles will be unable to run on this type of fuel which, quite understandably could cause a bit of concern for anyone worrying that it might force them to change their car or van earlier than they would otherwise.

For our many car and van hire customers, it’s worthwhile saying right from the start that E10 Fuel isn’t going to be a concern at all. All our rental vehicles are bought in brand new and usually swapped out within a year. Naturally, newer vehicles won’t have a problem, being made with this type of fuel in mind!

E10 Fuel is a particular variety of unleaded petrol which is already available at a few petrol stations in the UK. It’s not as new as you might think though and is very widely available on the continent already.

The ‘E’ in E10 stands for ‘Ethanol’ and the ’10’ relates to the percentage. E10 Fuel, therefore, is a blend of Ethanol and regular unleaded fuel where the fuel at the pump contains a 90% to 10% split between unleaded and ethanol respectively.

Ethanol is a chemically simple form of alcohol. As you’re likely aware, alcohol is capable of being used as fuel as it’s clean burning and readily combustable. Distilled from plant matter, ethanol can be readily mixed with petrol. Such blends are sometimes referred to as Bio Fuels, or Bio Petrol.

Currently, regular unleaded petrol on sale can contain up to 5% ethanol (look out for E5 on the fuel pump) with any unleaded engine able to use it without any modification needed. However, in greater ethanol concentrations, this is not the case.

If your car or van isn’t in the group that should use E10 Petrol, then you should use regular unleaded. If however, you do use a little E10 either by accident or out of necessity, it’s not necessarily disastrous (like mixing up petrol and diesel), so long as you don’t fill up your tank. But using E10 petrol in an incompatible vehicle will, over time, cause problems in the fuel system. Carburettor corrosion, fuel hose degradation, fuel filter blockage and damaged fuel pumps are all likely if you use E10 regularly in vehicles that shouldn’t take it.

Which Vehicles Can Take E10 Petrol?

E10 Fuel has been around for a while and believe it or not, there was a law passed over a decade ago which meant that all new cars sold from 2011 would have to be E10 compatible. So if you drive anything more recent that this, you won’t have anything to worry about. You may even have a note behind your fuel flap or in your vehicle handbook to specifically say that E10 can be used.

It’s typically older vehicles that may have difficulty running on E10, but with these vehicles estimated to make up less than 8% of those on the road today and declining, we imagine that most will have disappeared from the roads long before there’s a true scarcity of regular unleaded.

So what is the point of E10? Issues relating to climate change and the environment are never far from our thoughts these days and with supplies of oil being finite, dwindling and bad for the environment in many different ways, switching to a clean burning fuel which actually absorbs CO2 and can be made from plants seems to be an easy choice. Indeed, by removing 10% of the petrol from the fuel bought at the pump is estimated to reduce greenhouse gas emissions by around 6%.

Unfortunately, as with many things, solving the ‘petrol problem’ causes others which also have to be considered.

Energy density is one drawback of ethanol compared to regular petrol. Burning a litre of unleaded will release more energy than burning a litre of ethanol. As you’ve likely surmised, this means that E10 fuel will yield slightly fewer miles per gallon than pure unleaded. However, E10 fuel does tend to be cheaper to buy, so while MPG might be down, cost per mile won’t be.

There’s a massive, well established, global infrastructure to digging up, refining, transporting and selling fossil fuels. This makes traditional fuels as cheap as they can possibly be to produce. By comparison, biofuels aren’t anywhere near as established, so can’t take advantage of the same economies of scale. Essentially, this means that ethanol is more expensive to make than petrol. At least for the time being.

Ethanol is made from plant material and these plants have to be grown somewhere. This means that an increase in demand for biofuel could result in other crops being less profitable for growers. If growers switch from food crops to fuel crops, this could result in an increase in the cost of food as rules of supply and demand kick in. Alternatively, the prospect of earning more money from growing fuel crops could result, in mass deforestation as trees are cleared to make room. Thus negating the benefits of reduced CO2 emissions.

When will the decision be made about E10?

At the moment, the plans for E10 fuel to eventually replace standard unleaded at the pumps are only at the proposal stage and the government is consulting on the possibility. If you’d like to find out more and even join the discussion, click here to see the full documention and how to respond.