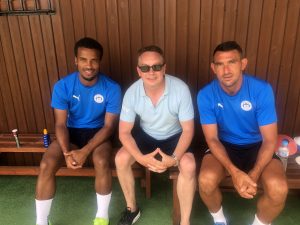 Chris joined the team along with Ian Walker, of 3P Logistics, and David Mason of Gowing Law.

A Valued Partnership We Are Proud Of 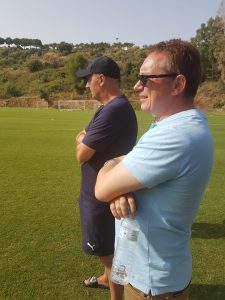 Westwood Motor Group are extremely proud of the relationship we have with Wigan Athletic. It was such a pleasure to be invited to Latics in La Cala for pre season training. Of course, this weekend in La Cala Resort was certainly one to remember. There were some familiar faces alongside Wigan’s team. These including David Sharpe, Peter Reid.

It was especially beneficial for other local business representatives to network. Ultimately discussing working together with these relationships moving forward. With this in mind, the future looks bright for Wigan. 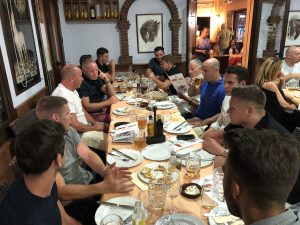 The weekend was filled with laughter and enjoyment, as the lighthearted but understandably serious pre season training was underway.

The weather gave sunshine and clear skies during the stay at the La Cala resort, which boasts excellent training facilities. 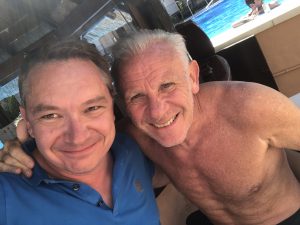 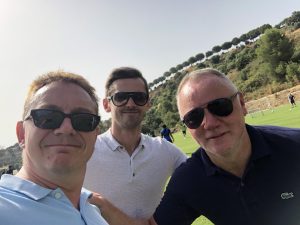 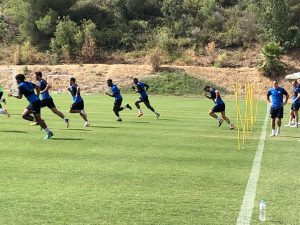 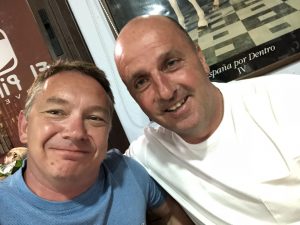 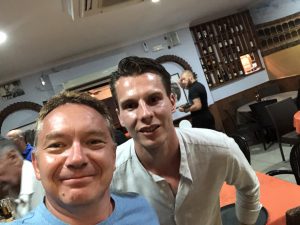 Westwood Motor Group became proud sponsors of Wigan Athletic back in 2016, and the new Westwood Champagne Lounge is to be open for the new Championship season.

The season is to be an exciting one, with Wigan recently announcing the return signing of Callum McManaman.

Westwood would like to take this opportunity to thank Wigan Athletic for the chance to strengthen the sponsor relationship.