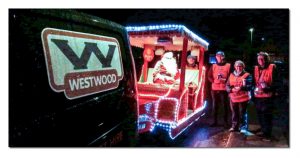 We love doing our bit for a good cause here at Westwood Motor Group and we’re proud to help support Wigan Rotary Club in the good work they do locally.

It’s one of our favourite things, playing a part in helping local people, or making an impact in our local community.

But it doesn’t get any better than giving Santa a lift.

Because after Rudolph and his reindeer friends got into Mrs Claus’ festive brew, Father Christmas needed a bit of help to get where he was going. Which, it turns out, was all round Wigan.

And he’s just been on the phone, telling us to make sure everyone knows how much he enjoyed dropping by.

It’s a great sight – Father Christmas in his sleigh, waving to everyone as he goes past.

And it’s plain to see how much the local kids enjoy it, running after him and waving back. Half of them telling their parents to hurry up or they’re going to miss him, the other half shouting up to Santa what they want for Christmas.

Because that’s what it’s all about. Putting big smiles on small faces and making memories that won’t go away.

That’s why Westwood Motor Group supplied the van that pulled Father Christmas’s sleigh. Because we love doing our part.

And also because it helped the Wigan Rotary Club raise a massive £14,000 for terrific local causes.

Wigan Rotary Club are the number one name on Santa’s “nice” list.

They helped him make his rounds and they collected charitable donations along the way.

Because Wigan Rotary Club work with a load of great local charities, groups and good causes. They find a way to give them funding they otherwise wouldn’t get, helping these initiatives grow and make a huge difference to the lives of Wiganers.

And so are you.

Because you donated when you saw Santa’s sleigh making its rounds, or when you saw the Rotary’s collection at supermarkets. You made the difference, giving up what was yours to improve the life of somebody else.

If it wasn’t for you, Christmas would have been that little bit darker for the disadvantaged in our community. So you deserve a big thank you.

But why don’t we keep that good feeling going through the entire year, not just in December?

Take a look at what the Wigan Rotary Club does for the people around you. Have a gander at the amazing work they’re doing right now, under all our noses, beavering away in the background like a bunch of busy North Pole Elves.

Because while the magic of Christmas can’t shine any brighter, the real wizardry is in the year-round kindness of the Wigan Rotary Club.

So don’t miss out on a chance to help them keep on helping our local community. 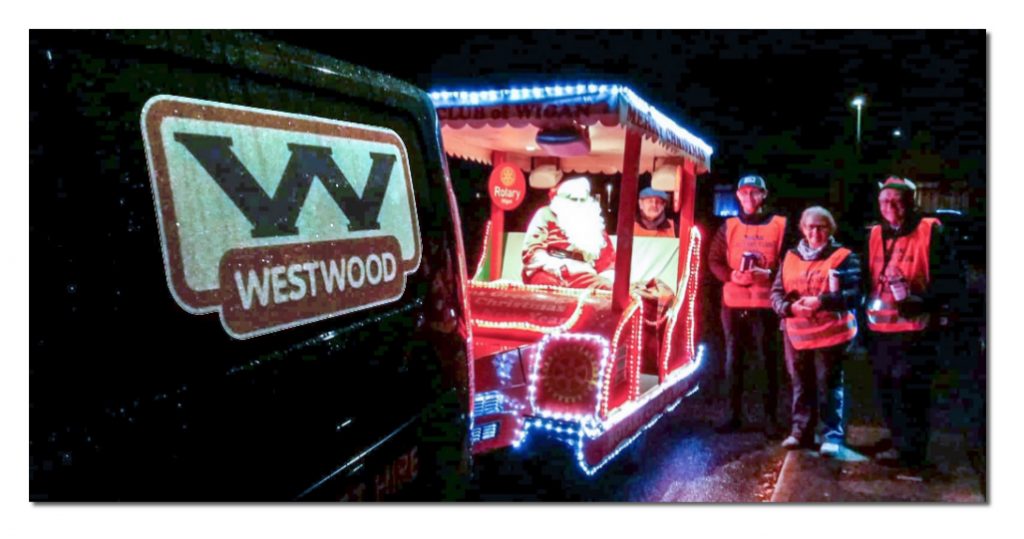