Lydia Melling Raises Over £12,000 For We Love Manchester Emergency Fund 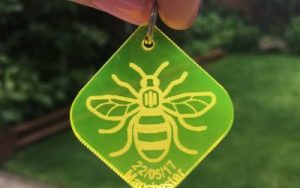 Over £12,000 has been raised so far for the We Love Manchester Emergency Fund

Lydia Melling has helped raise £12,697.81 for the We Love Manchester Emergency Fund. Lydia was at the Ariana Grande concert when the attack horrifically took place. Thankfully, she was able to escape unharmed. This all started as a school project at Standish Community High School, with the aim to raise a few hundred pounds. Art Teacher Joanne Della Cerra decided to create the plastic Manchester Bee keyring. Other pupils at Lydia’s school were also involved, suffering from injuries. Struggling to conceptualise her experience, Lydia and her Mum, Sarah, wanted to help promote the keyrings to raise money. All of the proceeds go to the We Love Manchester Emergency Fund.

When Wiganers and business owners in and around Wigan found out about the key-rings, they started buying. Thousands of people supported Lydia and bought her keyrings. People were proud to support Lydia’s quest to be able to raise life changing amounts of money for those affected by the attack. The We Love Manchester Emergency Fund started just after the attack, and is now standing at £21 million.

The pupils at school, Wigan council, Santander Bolton, Westwood and lots of other local business also helped to sell. Atlas plastics in Leigh also helped to bump up the manufacture as the keyrings became so popular.

Team Bee have had orders for over 10,000 key rings. Greater Manchester Police, Wigan Council, Wigan Athletic Football Club and loads of other primary and high schools have bought them. What an amazing effort. 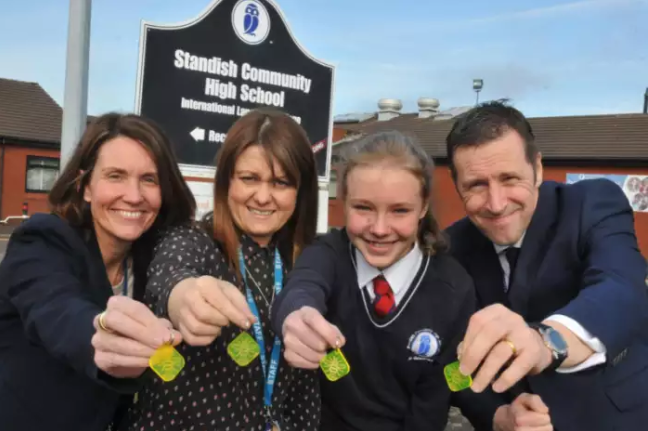 The awards and recognition Lydia has received

For her service to the We Love Manchester Emergency Fund she has also been recognised with several awards. These are from Wigan Council, the Jemma-Louise Roberts Memorial Award from Standish Community High School, and more recently an award from the Counter Terrorism Police.

This is a fantastic achievement for a great girl who clearly has a conscientious and caring outlook.